The tropical forest region of northern Colombia has been identified by the country’s biodiversity experts as one of the most threatened ecosystems in the country. The 2016 end to the civil conflict that plagued the country for over 50 years opened up previously inaccessible areas to rapid encroachment, development and exploitation. Since then, deforestation has skyrocketed, endangering the magnificent array of ecosystems and resident species. Among these is the Critically Endangered Cotton-headed Tamarins, more commonly referred to as the Cotton-top Tamarins.

These endemic monkeys – so named for their white fluffy heads – usually live in trees with large groups with their extended family, and are completely dependent on these forests. The ongoing, extensive habitat loss has caused the Cotton-top Tamarin population to see a decline of over 80% in less than two decades. Currently, there are less than 7,000 Cotton-top Tamarins left in their natural habitat. Header Photo: The Cotton-top Tamarin, by pxfuel.com.

To help secure forest habitat for the Cotton-top Tamarin, Rainforest Trust’s local partner, Fundación Proyecto Tití worked to protect land that was in danger of becoming a cattle ranch and established Los Titíes de San Juan Reserve in 2015. Two years later in 2018, our two organizations teamed up to double the size of the reserve. And now, we hope to continue this expansion by an additional 110 acres. The new site is another strategic step to creating corridors that connect forest fragments to existing protected areas in the region so these small primates can thrive.

This site must be protected to prevent further deforestation and stop the decline of the Cotton-top Tamarin population. But many other threatened native species will also benefit from your support, like Brown-headed Spider Monkeys, Colombian Red Howler Monkeys, Scarlet Macaws, Blue-and-yellow Macaws, Yellow- striped Poison Frogs, and Northern Tamanduas. In addition, there have been sightings of the Dahl’s Toad-headed Turtle, which would make this purchase one of only a few protected areas in the world that help safeguard this Critically Endangered species.

Your gift will also allow our partner to continue their integrated conservation approach that includes extensive field research, forest protection and community empowerment to safeguard the Cotton-top Tamarin and the region’s other threatened wildlife. Photos: (Above) The Cotton-top Tamarin, by Helen Haden; (Below) The Critically Endangered Dahl’s Toad-headed Turtle, by Turtle Survival Alliance. 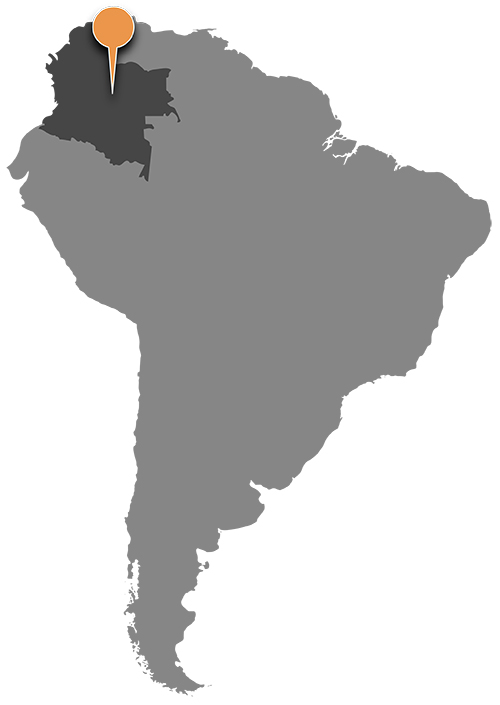