Stop Deforestation in the Peruvian Andes

The La Pampa del Burro Private Conservation Area lies in the heart of the tropical Andes of Peru, on the eastern slope of the mountain range as it extends toward the Amazon. An estimated 20,000 endemic plants and 75 endemic mammals live in this region. One of these species is the Critically Endangered Peruvian Yellow-tailed Woolly Monkey. Endemic to northern Peru, the Peruvian Yellow-tailed Woolly Monkey is one of the rarest large neotropical primates, with population estimates in the mere thousands. But increasing pressure from rampant deforestation, commercial development, and hunting has left this species, and 70 other endemic species highly threatened. This habitat destruction has interrupted the movement of species between protected habitats and damaged ecological integrity. If this loss of forest continues, these species will have nowhere else to turn to. Header Photo: The Critically Endangered Peruvian Yellow-tailed Woolly Monkey, by Kevin Schafer.

In 2015, Rainforest Trust and our local partner Neotropical Primate Conservation worked together to protect this region by purchasing a 247-acre property near La Pampa del Burro to conserve key habitat for the Peruvian Yellow-tailed Woolly Monkey.

To continue expanding protection for this and other threatened species, our two organizations currently seek to safeguard a 286-acre property on the border of La Pampa del Burro, which will be integrated into the private conservation area. These properties are strategically located to be a major step forward in creating a continuous, wide-ranging conservation corridor in part of the Peruvian Yungas Ecoregion, a narrow line of forests on the eastern slope of the Andes. In addition to the Peruvian Yellow-tailed Woolly Monkey, the area provides critical habitat for Endangered primates like the White-bellied Spider Monkey and Andean Night Monkey.

The proposed area also falls within the territory of the Yambrasbamba Campesino Community, who will be engaged in the proposed project through educational outreach activities in local villages that promote natural resource conservation. Photos: (Above) White-bellied Spider Monkey, by BlackTigersDream/Flickr; (Below) Peruvian rainforest, by Andrew Walmsley. 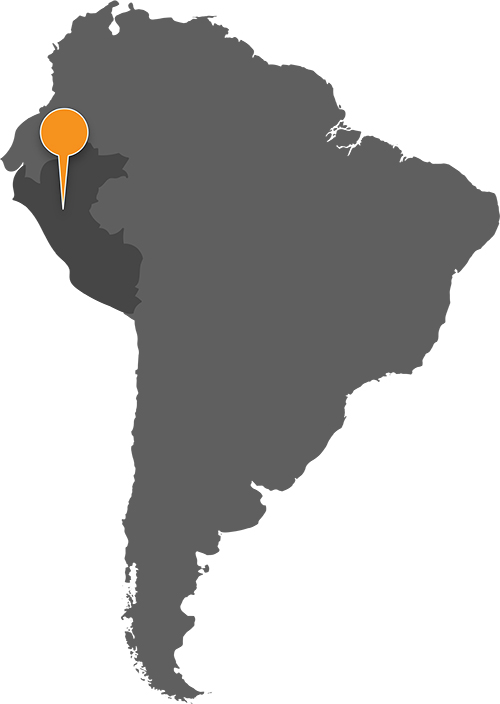 Saving Habitat for the “Asian Unicorn” in Laos Safeguarding Snow Leopard Lakes of the Himalayas
Scroll to top
This site uses cookies: Find out more.