Support the Protecting Our Planet Challenge

Rainforest Trust announced a $500 million pledge to help ensure 30 percent of the planet is being protected and preserved in the most important places for biodiversity.

We join eight other private funders of conservation in the Protecting Our Planet Challenge. Our collective pledges total $5 billion—the largest private funding commitment ever to biodiversity conservation.

Over the next 10 years, we will support the creation, expansion, management and monitoring of protected and conserved areas of land, inland water and sea, working with Indigenous Peoples, local communities, civil society and governments.

Since its founding in 1988, Rainforest Trust has safeguarded more than 37 million acres across the tropics, working with local partners. It has saved and protected vital habitat across Latin America, the Caribbean, Asia, Africa and the Pacific.

“Halting and reversing biodiversity loss and climate change requires expanded protected and conserved areas, especially in tropical forests—this has been Rainforest Trust’s mission for over 30 years,” said James C. Deutsch, Ph.D., CEO of Rainforest Trust. “Developing nations and Indigenous Peoples need financing to achieve this, which is why we are pledging to more than double our level of funding between now and 2030 and urging other private and public funders to do the same.”

The Protecting Our Planet Challenge urgently calls for additional private and governmental financial support behind 30 by 30 as the climate crisis is threatening communities and wildlife around the globe; 75 percent of the land and most of the oceans have been transformed by human impact; a million species are threatened by extinction in this century and the recent pandemic that still rages across the world and is linked to wildlife trade has killed more than 4.5 million people.

Deutsch added, “Developing nations are stepping up and committing to 30 percent protected by 2030 with extraordinary leadership and courage. Now developed countries need to come forward with financing to support this. Our $5 billion is a down payment on the planet. We challenge other private funders and especially public agencies—bi-lateral donors like the U.S. and China, and multi-lateral donors like the World Bank—to double their investment and commit now for the future of nature and people.”

Rainforest Trust would like to thank its many partners and sponsors who have stepped up to the challenge, including Tito’s Handmade Vodka, Grove Collaborative, PetFive, One Tribe, Ka’Chava, and One Million Acres.  Read the full press release.

Please stand with Rainforest Trust and our partners as we create a safer future for endangered species and the world, by protecting 30 by 30.

This commitment to ensure 30 percent of the planet is protected and preserved in the most important places for biodiversity by 2030 is being made jointly by:

BILLION
Trees Protected ACROSS THE GLOBE

MILLION
Acres Protected ACROSS THE GLOBE

70% of the known cancer fighting plants exist only in the rainforest.

Deforestation releases as much carbon as the entire global transportation sector each year.

Nearly 70,000 acres of tropical rainforest are lost every day.

The majority of the world’s plants and animals are found in rainforests.

Habitat for Hundreds of
Species Protected

Rainforest Trust was founded on the premise that all rainforests, especially those replete with endangered species and endemic biodiversity, should be priority conservation sites, and that protection provides the best means of preventing destruction.

Protecting the most threatened tropical forests.

Our unique, cost-effective conservation model for protecting endangered species has been implemented successfully for over 30 years. Protection requires swift action, and we implement scientifically-based conservation plans that are not only timely, but also resilient and sustainable. With your support, we work tirelessly to permanently protect rainforests and other vital habitat throughout the world. 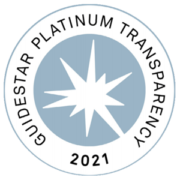