Colombia’s Barbacoas wetlands and its nearby forests lie at the center of the highly fragmented Middle Magdalena Valley (MMV). These wetlands are one of the last remnants of the original MMV ecosystem and serve as a critical wintering habitat for migratory North American bird species such as the Prothonotary Warbler (LC), which migrates from breeding grounds in Canada and the United States to Central America and South America.

The MMV itself is nestled between some of the country’s most threatened ecoregions – the Central and Eastern Andes, the Tumbes-Choco-Magdalena Biodiversity Hotspot and the Magdalena-Uraba forest. Although they are renowned for their high levels of endemism and species diversity, this region is a center for development in Colombia and extensive cattle farming has caused widespread deforestation and left many of these areas damaged. Header Photo: The Critically Endangered Blue-billed Curassow, by Wolfehr.

In 2018, Rainforest Trust’s local partner, Fundación Biodiversa Colombia created the 1,470-acre Barbacoas Reserve. But increased development has led our two organizations to team up and seek expansion immediately by purchasing neighboring properties for sale. The new purchase will increase the size of the current reserve by 4,329 acres, enlarging the total to 5,799 acres. This is one of the last conservation opportunities that will present itself in the depleting MMV and if we don’t act now, the owner of the available land will sell to developers.

Help Us Save Unique Species

Colombia is the second-most biodiverse country in the world and the MMV is one of its most biodiverse regions. In addition to ensuring safe travel for migrating birds, your support will expand protection for the resident 6 primate, 345 bird, 42 amphibian and 723 vascular plant species.

The area is also a Pleistocene refugium, meaning it hosts a variety of unique species that survived Ice Age glaciation.

Your gift will be a key part of our strategy to establish the largest core refuge in the region for threatened species including the Critically Endangered Variegated Spider Monkey and Blue-billed Curassow. Other species that will benefit from protection are Magdalena River Turtles, Barbudo, Bagre Rayado, Silvery-brown Tamarins, Jaguars, Lowland Tapirs, and American Manatees. Photos: (Above) The Endangered Varied White-fronted Capuchin, by Santiago Rosado/Fundación Biodiversa; (Below) Project landscape, by Fundación Biodiversa. 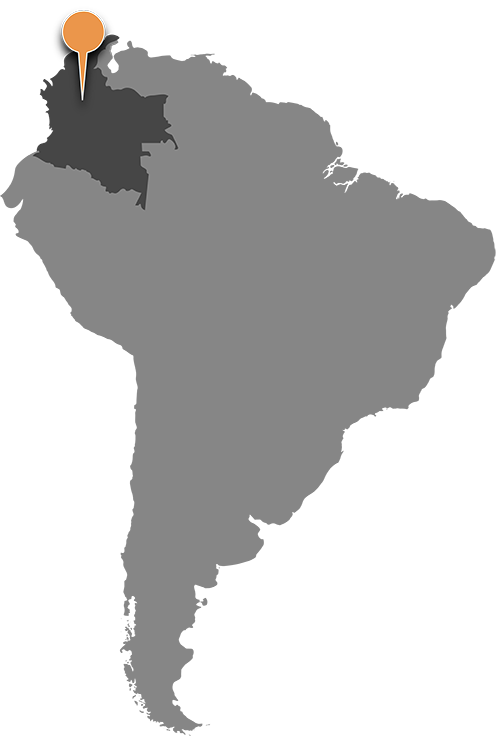 Establishing a Protected Area for Chimpanzees in South Sudan Saving Habitat for the “Asian Unicorn” in Laos
Scroll to top
This site uses cookies: Find out more.