Save Endangered Sealife From Overfishing in the Congo

The Atlantic coastline of the Republic of Congo is a rich marine ecosystem. The Guinea and Benguela Currents converge here, upwelling cold-water nutrients, supporting growth for seaweed and plankton that is a vital food source for fish, marine mammals and birds.

Despite its significance for marine life, the area is under intense pressure from unsustainable commercial fishing, specifically for shark fin, oil exploration and drilling. Overfishing and illegal operations are straining shark and other fish populations, which negatively impacts biodiversity and local food security. Because commercial fishers often operate in zones reserved for local fishers, the local fishers are experiencing reduced catches.

To increase protection of Congo’s waters, Rainforest Trust and our local partner, Renatura, are working to establish a 165,662-acre Loango Bay Marine Protected Area to safeguard this important area for endangered sea life.

The Loango Bay is already a national priority, and our partner is working closely with the local government, as well as national and international experts to create a plan to stop competing commercial fisheries and help to meet local communities’ subsistence needs. Photos: (Above) Critically Endangered Angelshark, by Luis Miguel Estevez/Shutterstock; (Below) Loango Bay, courtesy of Renatura. 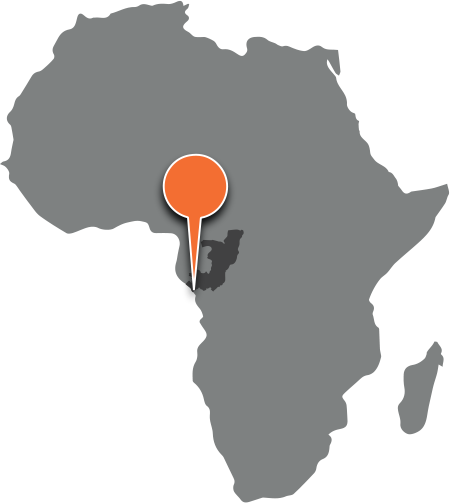 Stopping Deforestation at the Edge of the Bolivian Amazon The Last Stand for the Cherry-throated Tanager
Scroll to top
This site uses cookies: Find out more.