News
You are here: Home / News / Blog / Seven Books About the Natural World You May Not Have Already Read

Recently, you may have discovered yourself sitting on the couch a whole lot more than usual. As we all distance to protect our communities during the COVID-19 pandemic, we may be worried, nervous or needing to adjust to change. But many of us are also bored.

With that, we’ve been clamoring for more content — more stories to transport us to new worlds, teach us new things and introduce us to new characters. And what better to do that than stories about our wide, diverse planet and its inhabitants?

Yet, if you’re a devotee of such content, you may have already consumed many of the well-known stories. Books like Rachel Carson’s Silent Spring or Aldo Leopold’s A Sand County Almanac are likely, for many of you, dog-eared. (If you haven’t, check out those classics of nature writing!)

So here’s seven books you may not have read. They contain stories about wild places, wild creatures and the science, people and concepts that protect them. From butterflies to lemurs, and from the rainforest to the desert, these books will entertain, inform and transport you far away from your isolation. 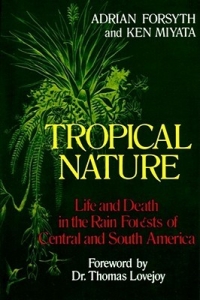 Biologists Adrian Forsyth and Ken Miyata spent years in the rainforests of Central and South America. In this classic of rainforest literature, they collect some of the neotropical rainforest’s most incredible phenomena, creatures and stories. Their excitement and energy on tropical ecology is palpable — who knew you could write such a compelling story about epiphytic plants? You’ll learn things about frogs, ants and nighttime in the forest you never imagined. You may also, believe it or not, fall in love with a parasitic fly.

For: Anyone looking to live vicariously in the wet, wild and biodiverse rainforests of the Americas.

Birding Without Borders by Noah Strycker 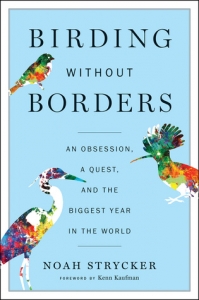 Even at a young age, Noah Strycker was known as one of the world’s foremost birders. He may also be his generation’s most prominent writer on the subject of our feathered and winged companions. Strycker’s first book documents life among the penguins in Antarctica. His second, The Thing With Feathers, recounts the lives and behaviors of birds. But for his third and most recent book he attempted something gargantuan — the world record for most birds seen in a year anywhere on Earth. In 2015, he traveled to every continent (including Rainforest Trust project sites in Colombia, Ecuador, Kenya, Thailand and Malaysia!), with almost no rest days, on a constant quest to see the world’s bird species. He shaped those exploits into a narrative on the lessons and mishaps of the most elaborate ornithological journey of all time.

For: Bird lovers, bird appreciators, the bird-curious, and anyone who dreams of a long, exhausting road trip.

Last Chance to See by Douglas Adams and Mark Carwardine 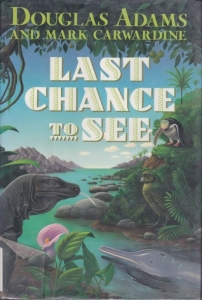 Maybe this book should also be called “The Hitchhiker’s Guide to Endangered Species.” Here, The Hitchhiker’s Guide to the Galaxy author Douglas Adams brings his trademark wit and pith to a personal journey with zoologist Mark Carwardine to see some of the last individuals of different endangered species around the world. Despite being first published almost 30 years ago, many of the stories feel as if they could have happened yesterday. But, while some have rebounded, some of the species they visit have since disappeared forever. This charming fish-out-of-water tale is also definitely one of the funniest books ever written about conservation. Adams is a perfect stand-in for any reader, expert or not — he captures the genuine magic of seeing wildlife and expounds upon us the need to conserve all we can.

For: Those who want a good laugh and anyone who wants to read about, but never actually go on, a backcountry field trip to some of the world’s most isolated places.

Wild Ones by Jon Mooallem 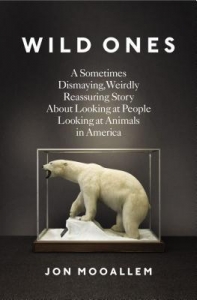 In the 1980s, a Humpback Whale nicknamed “Humphrey” swam into the San Francisco Bay and up to the Sacramento River. It was a public phenomenon, and the entire Bay Area steadfastly followed the news of Humphrey’s well-being and location. People even flocked to a patch of sand dunes along the river to catch a glimpse of the whale. The catch? Those sand dunes were some of the last remaining habitat for the Lange’s Metalmark, a threatened butterfly subspecies. In our drive to watch one animal, we nearly destroyed another one.

Jon Mooallem explores this story and two others — of Whooping Cranes and Polar Bears — to explore part of the human-wildlife interface in a “sometimes dismaying, weirdly reassuring story about looking at people looking at animals in America.” You’ll be confused, disappointed, amused and fulfilled but mostly, as is true with all of Mooallem’s writing, you’ll be completely sucked in the whole time. This may be the very best book ever written about the fourth wall of viewing wildlife.

For: Lovers of longform storytelling, anyone who loves good cultural criticism and anyone who might have followed Humphrey’s story back in the 80s.

Where the Wild Things Were by William Stolzenberg 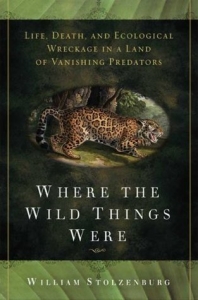 A lot of conservation relies on the concept that every species, no matter how big or small, furry or scaly, cute or freaky, is worthy of saving. That’s why Rainforest Trust has projects protecting everything from frogs to big cats to cave spiders. But what if some species had a bigger impact on their ecosystems than others? William Stolzenberg documents the history and science of the impact of apex predators — from starfish to jaguars — on their ecosystems. What at first seems like a complete flip of the traditional food chain becomes a growing treatise on the importance of predators. The book also illustrates the stark consequences of living in a world without them. In the end, you’ll realize again how vital every species is and how important it is to keep ecosystems intact and wild.

For: Lovers of apex predators, ecology nerds and anyone wanting to understand a little bit more about how ecosystems work.

Wilderness and the American Mind by Roderick Frazier Nash 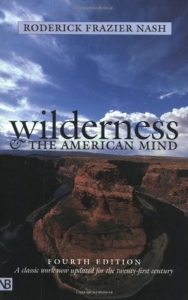 Since the founding of the United States, and even before, the relationship between its inhabitants and the land has shaped the country’s politics and history. Roderick Frazier Nash’s classic book studies the country’s relationship with the idea of “wilderness,” including pivotal moments such as the acquisition of Alaska, the Lewis and Clark expedition and the “end of the frontier.” He explains many of the attitudes still common to this day and shows how the American conservation movement developed. You’ll soon be able to connect the dots between moments in time and places on the map to understand the prevailing trends and ideas that still shape the national discourse on the great outdoors, warts and all. This classic of nature writing is bound to sit on your bookshelf as future reference for many, many years.

For: History buffs, anyone who’s ever questioned what, exactly, “wilderness” is and people whose love of nature stems from the United States’ great outdoors.

The Song of the Dodo by David Quammen 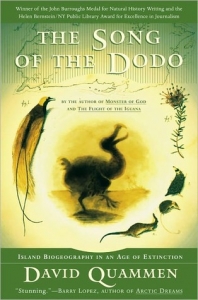 Ever since Darwin published On the Origin of Species, ecologists have been learning more about the interaction between the physical environment, evolution and ecosystems. David Quammen, a prolific nature writer, chronicles one of the most fantastic scientific advances on that front of the past 100 years — the theory of island biogeography. This theory, first postulated in part by Rainforest Trust Board Member Dr. EO Wilson, describes patterns of species divergence and biodiversity around the world. But Quammen’s book takes a narrative approach and introduces you to some of these species, as well as the people working with them. It’s a testament to the world’s biodiversity and a celebration of the vast, strange world we live on.

For: People who want to know more about conservation science and anyone who wants to read about species they may never get a chance to see.