Rainforest Trust projects thrive thanks to the important conservation work of people on the ground. Our Voices from the Rainforest series brings you news from our projects in Africa, Asia-Pacific, Latin America and the Caribbean— from the perspectives of those working in and for the rainforests.

Bapak Sadar Anton is part of the last living generation of Dayak Ngaju, one of the oldest indigenous groups on the island of Borneo. As a respected and well-known elder member of the Mungku Baru village, his perspective is deeply valued because of his understanding of centuries-old Dayak knowledge and practices. Pak Anton also serves as a senior member of the Mungku Baru Kelompok Tani, a small-scale farmer’s group, which is one of the most influential social networks at the village level.

Rainforest Trust partner Borneo Nature Foundation (BNF) has several high-profile conservation projects throughout the country. They have worked to protect thousands of acres along the Rungan River.

BNF met Pak Anton in 2014 when they began working in his village. They spoke to him during the initial socialization meetings for their initiative, Education Forest, which aims to bring environmental education courses to local schools. Realizing Pak Anton’s status in the community, BNF tried to involve him in community forums and strategic meetings. They hoped he would support the implementation of their conservation strategies.

“As a senior and well respected community member, Pak Anton’s voice was respected, and [his refusal] initially created a perception of distrust,” said Bernat Ripoll Capilla, Co-director of BNF.

At the time, Pak Anton was not aware of the scope of BNF’s local conservation work on the island.

But in recent years, BNF has made significant efforts to socialize their mission, vision and organizational goals while demonstrating the benefits that conservation can bring to local communities. And in 2015, they started developing research activities for their Education Forest initiative and hired local staff to support fieldwork. Their community development teams also offered training on permaculture with agricultural cooperatives like Mungku Baru farmer’s group.

Hundreds of Mungku Baru community members have benefited from BNF’s research and conservation activities. After realizing the positive impact these programs had on his community, Pak Anton began to view BNF in a different light. 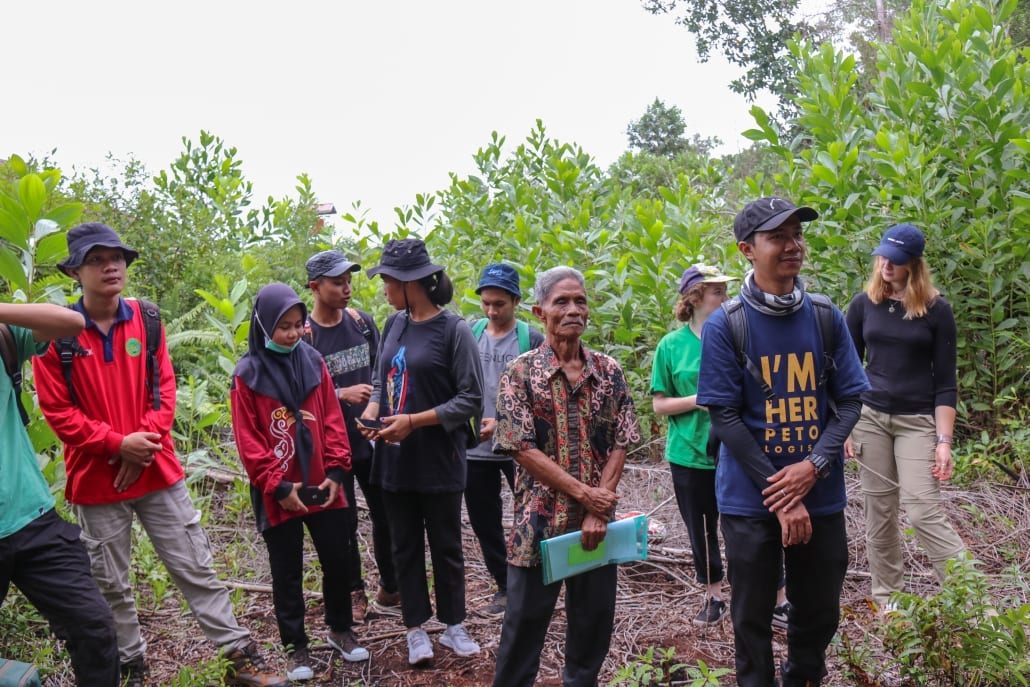 “Our commitment to the Rungan wildlife conservation and community development initiatives is what caused Pak Anton to realize that we both had the same goals and long-term hopes,” said Capilla. “After 3 years of successful collaborations, he became a part of the Education Forest project. Since then, he has been supporting our work and has even facilitated meetings when community conflicts arose.”

Pak Anton was made the Mungku Baru Education Forest public relations representative. He represents the initiative working full-time for the local university, where his objective is to build and maintain beneficial relationships between the university and the community.

“Pak Anton’s story exemplifies a common conservation issue that environmental NGOs face when they work with small villages or communities,” said Capilla. “Initial distrust, lack of understanding [of] the conservation goals and not recognizing the long-term benefits for community members are often a source of conflict in effective conservation.”

BNF is still facing challenges at the community level, but they believe that regular socialization efforts, communication and transparency — and bringing direct benefits to communities — are the best ways to implement positive change. Building trust is the most effective way to create more stories like Pak Anton’s and ensure the viability of long-term conservation programs.