Leading up to World Ranger Day on July 31, Rainforest Trust would like to honor the important conservation work of Walter Elías Vicente Barrondo, a Rainforest Trust Conservation Guardian. Our Voices from the Rainforest series brings you news from our projects in Latin America, Africa, Asia and the Pacific — from the perspectives of those working in and for the rainforests. 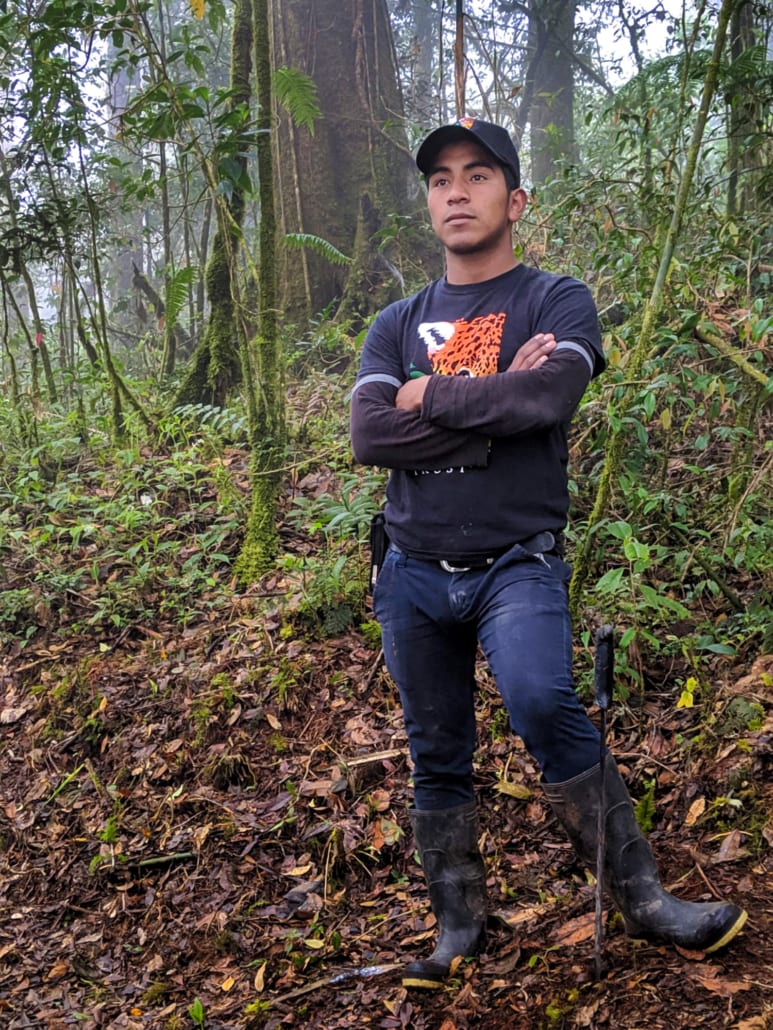 Born into a successful logging family in Guatemala, Walter Elías Vicente Barrondo understood since childhood that logging was essential for the survival of his family. Each day growing up, Walter accompanied his father on logging expeditions in the montane forest, and witnessed the fallen trees transforming into wood, then into ash. And after years of watching his father’s success, Walter was determined to become the most accomplished logger in his community. His dreams came to fruition — at just 15 years old, he was able to use a chainsaw perfectly and became renowned for his skill.

Years later during a village meeting in Chimel, community leaders selected Walter to lead a group of tourists on a field trip through a local reserve that protected cloud forests. They invited him to visit the protected area before the trip and gave him full access to the grounds. Upon his first visit, Walter was amazed by the richness of life within an undisturbed rainforest. The expansive variety of animals and plants forced him to acknowledge nature in a way he never had before. What stood out most prominently to him were the enormous trees looming overhead, acting as guardians to the fragile ecosystem.

While leading the excursion, Walter was genuinely surprised by the eco-tourists’ interest and appreciation for the remote cloud forests. He had the opportunity to learn from them about the unique biodiversity and the important role trees play in the habitat. He was also educated on the many threats they face from deforestation, including logging. This recognition was an alarming wake-up call for Walter. He felt partially responsible for some of this damage, and was compelled to play a part of protecting the remaining forest.

Motivated by the same drive that made him one of the most successful loggers in his community, Walter shifted his career focus to forest conservation. He worked with forest technicians to develop management plans and learned how to use Global Positioning Systems to monitor protected areas. He was eventually recommended to work as a park guard for Fundación para el Ecodesarrollo y la Conservación (FUNDAECO). He is currently stationed at Cerro Amay-Chimel Cloud Forest Reserve, a Rainforest Trust-supported protected area that safeguards one of the largest areas of intact cloud forest left in Central America. As a Rainforest Trust Guardian, Walter is now able to spend his life monitoring and protecting the forest ecosystems that he once took for granted. 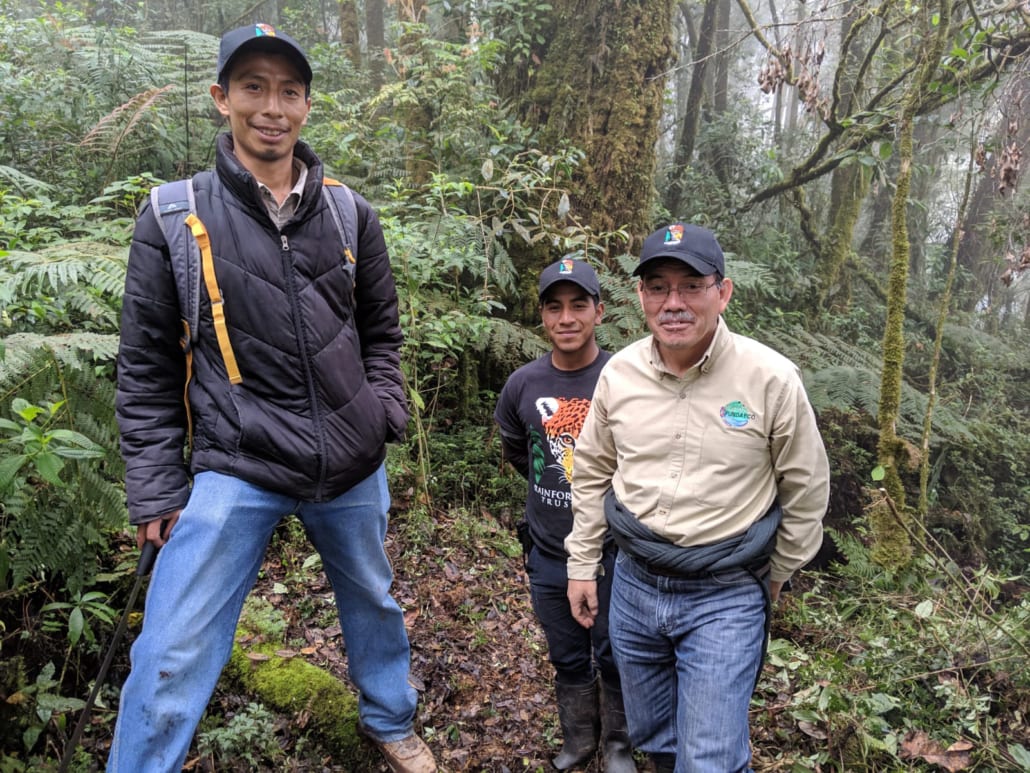 Walter and FUNDAECO staff in the reserve. Photo by Stephanie Wester/Rainforest Trust.