In the 2018 Tree Yearbook, many of the superlatives went to familiar candidates. A redwood won “Most Imposing,” again. “Most Unpleasant Neighbor” went to a strangler fig. “Best Leaves” went to a banana plant (not technically a tree, but judges allowed it.)

But a new contender in the arboreal retrospective also emerged: “Tallest Tropical Tree.”

Last year, researchers in Malaysian Borneo’s Danum Valley conducted LIDAR (or Light Detecting and Ranging) surveys. Essentially, LIDAR bounces lasers around to get a detailed picture of a landscape’s structure. 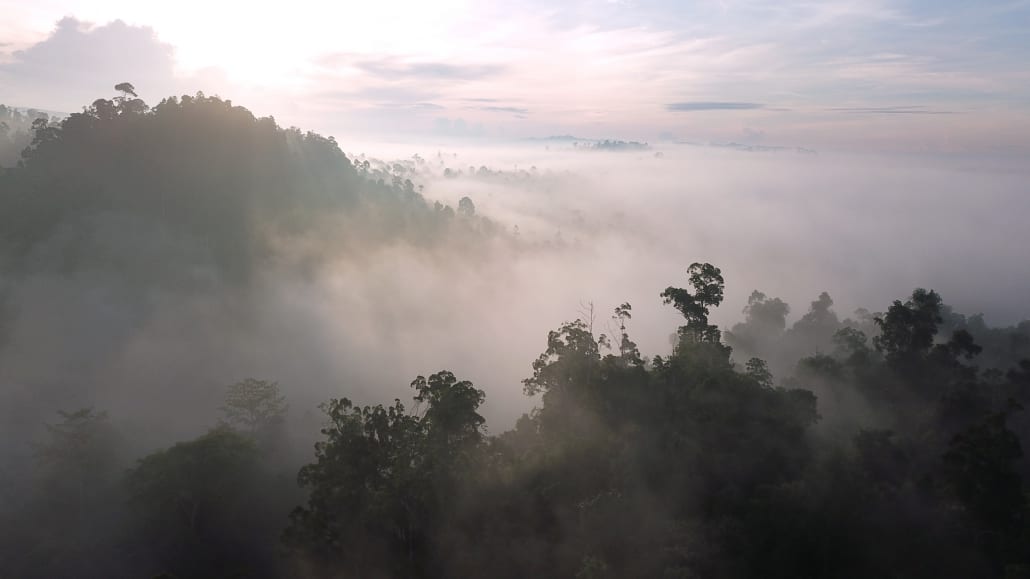 Among the thick rainforest, they found a unique individual tree. A Yellow Meranti, Shorea faguetiana, looked like it measured over 300 feet tall. But they needed to do more tests. Unding Jami, from Southeast Asia Rainforest Research Partnership (SEARRP), one of Rainforest Trust’s partners in Malaysia, ended up climbing the tree with a measuring tape.

Jami said “the view from the top was incredible. I don’t know what to say other than it was very, very, very amazing.”

After finalization, the researchers confirmed that the tree measured 328 feet and surpassed another nearby tree as the tallest in the tropics. To put that in perspective — 328 feet is a 33 story building. It’s over six times the height of your standard Red Maple. It’s taller than the Statue of Liberty.

The researchers nicknamed the tree “Menara,” which means “tower” in Malay. It weighs over 89 tons and may also be the world’s tallest flowering plant. The world’s tallest tree, tropics notwithstanding, is a redwood coming just 50 feet taller at 379 feet.

Rainforest Trust helped protect part of the Danum Valley with SEARRP, the Sabah Foundation and Permian Global with the Sabah Forestry Department and State Government. The forest is home to Critically Endangered wildlife such as Bornean Orangutans and Sunda Pangolins.