Land Purchase for the Santarem Parakeet

Save Critical Habitat for the Santarem Parakeet

However, a great deal of biodiversity in the region is still unknown, with most of the reptile, amphibian, invertebrate, and plant species of the region not yet assessed by the IUCN.

At the current rate of deforestation, over 50% of the region’s remaining native vegetation will be lost within the next 20 years. The many animals that rely on it will be left highly vulnerable, and range-restricted species like the Santarem Parakeet will become extinct.

To halt this destruction, Rainforest Trust and our local partner Instituto Araguaia are working to safeguard a  2,523-acre parcel of Amazon-Cerrado transitional forest. The new protected area is part of a long-term strategy that will create a network of reserves, bolstering protection in the region. Help us safeguard this unique transitional forest for the Santarem Parakeet and all its resident species. Photos: (Above) Brazilian Rainforest, by Rainforest Trust; (Below) Giant Otters, by Zoofanatic/Flickr. 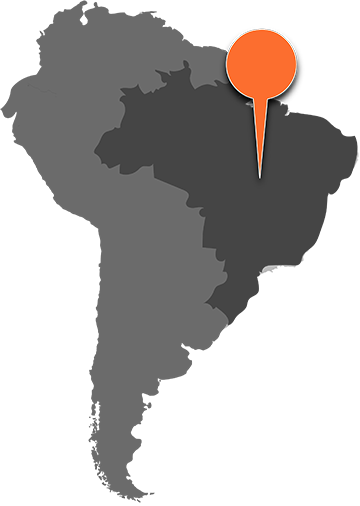